The Slovenian internet portal Štajerske Novice publishes an article about Veljko Milković with the following introduction: "The revolutionary invention of the Serbian inventor in the field of mechanics, Veljko Milković, is used by hundreds of world companies. The highest achievement is the construction of a mechanical power plant in India." Veljko Milković is an inventor and researcher in several fields, and he made the greatest contribution in the field of using mechanical energy. Veljko Milković's scientific contribution is the discovery of a new phenomenon in mechanics, which was considered to be the researched area. It is based on harvesting the advantages of using two-stage mechanical oscillations and a driving pendulum. His discovery is considered and called the "new mechanics" and can be used in a million ways because it is a highly efficient drive. His invention is being studied on all continents, and as a working machine it is used in about 500 companies (mostly in Southeast Asia because they were most interested) and the number is growing because more companies appear when they see the efficiency that is applied. Recognized by Western and other experts. It is still not produced in Serbia.

Systems that work according to his idea, instead of thermal and electric energy, use mechanical as a drive, in the knowledge and application of which this inventor is at the forefront in the world. Thus, a power plant with mechanical drive was built in India according to the idea of Veljko Milković, which works as a closed system (perpetuum mobile), the first and unique in the world. After the realization of the mechanical power plant, it further produces electricity almost on its own and free of charge.

His inventions are spreading more and more and are used in the world as the most efficient and most cost-effective. In addition to production, some of his inventions can be purchased on alibabs at prices of about $ 8,000

Velko Milković and his team also have unpublished ideas and proposals for new patents, so there is a possibility of cooperation. The team is willing to cooperate, to involve as many people as possible. His inventions, which are included in the most important world discoveries, are at the forefront in terms of efficiency, and production and use have come to life in such a way that they can no longer be prevented. link to his official presentation and contact

JOINT ROOTS OF MILKOVIĆ AND TESLA

Veljko Milković from Novi Sad is a native of Subotica, both of his parents are from Lika. In Lika, there is a place called Milković Varoš, where he comes from. Milkovića Varoš, today an uninhabited place, once full of craftsmen and visited by locals from the surrounding, mostly agricultural villages. It is located about 1 km from the village of Smiljana, Tesla's birthplace. There is a legend that Milković and Tesla had a common ancestor when they were talented. There are a lot of naturally talented people in those two relatives. Nikola Tesla's greatest talent is from Tesla, and Veljko Milković is from Milković. It is interesting that Velimir Abramović, one of the greatest researchers for the work and character of Nikola Tesla, claims that the invention of Veljko Milković (the use of a pendulum and a two-stage oscillation) is better than any of Tesla's inventions. Which means that it has unimaginable possibilities as a still new invention on the rise, and that is why it should be used in time. 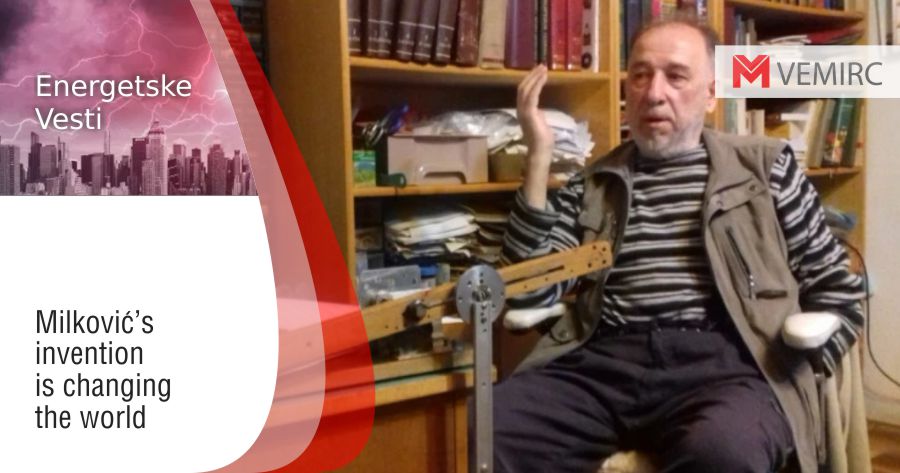 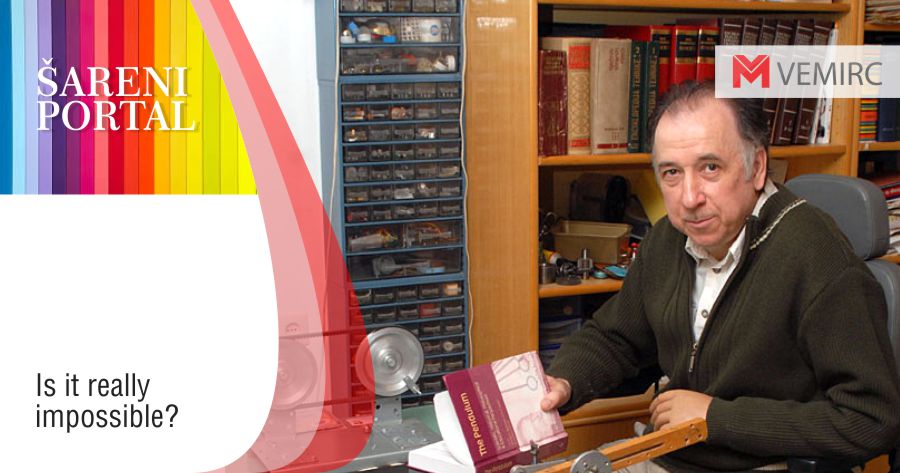