Self-heating eco-house essentially differes from the houses built using conventional methodsd, primarily because of its unique and entirely new heating concept – enhanced effect of direct sunlight and maximum utilisation of energy. Energy saving is achieved by using reflective surfaces – shiny aluminium foils – placed above and below the window frame, in order to harvest as much sunlight as possible. The amount of sunbeams, being carriers of both light and heat energy, that enter the house of this construction is up to 2,5 time more than in houses of conventional arhitecture. All the other things that are specific to these houses are derived form the basic requirement which is: maximum utilisation and retention of free sun heat. This extends to an assumption that, in order to preserve as much energy as possible, such a house should be a bit burried and covered with soil completely, with south side of the building being the only side with windows and doors, in order to gain maximum usage of sunlight.

Savings in heating are based on the use of reflective surfaces. It is necessary to increase the amount of sunrays that enter the house thru the regular windows and withold the exsisting level of heat loss thru them, in order to utilise the energy of the sun to it’s fullest potential and have succesfull heating thruout the winter period. This effect is achieved with reflective surfaces, placed at specific angles above and below the window frames.

Reflective surfaces are defined as surfaces that reflect direct and diffusion solar radiation with up to 80% efficiency. They can be aluminium foils, tins or coatings (varnishes and paints) on solid base, placed above and below the frame of every window on the house. The upper reflective surface is fixed and embedded on the exterior, while the lower reflective surface is movable and has a secondary roll as window shutter (the control mechanism can be similar to that of sunshaders, and in closed position the reflective surface Is considerably more effective than other forms of shutters and sunshaders).

Vertical cross section of self-heating eco-house with earth covering, during summer and winter insolation – the increase of solar gain during winter, decrease during summer

Reflective surfaces placed above and below window frames can be used succesfully, avoiding the blinding effect of the inhabitants, The ratio between coverage and loss of the solar radiation is 2,5 : 1

As a high-efficiency building concept, in terms of energy efficiency and consumption, the self-heating ecological house is characterized with the following advantages:

- Safe home (high level of secourity in case of earthquakes, storm winds and even wars)

In 2010. the "Energy Globe" international foundation, based in Austria, proclaimed academician Veljko Milković's concept of Self-heating ecological house the national winner in The Republic of Serbia for his unique and succesfull utilisation of solar energy and outstanding results in energy efficiency achieved in buildings. 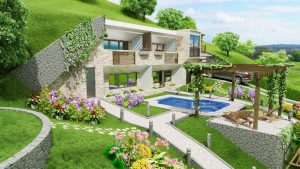 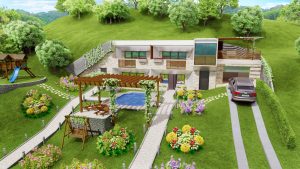 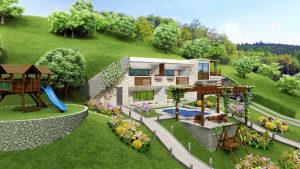 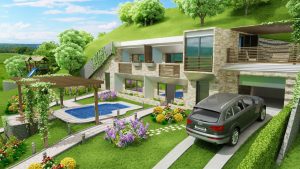 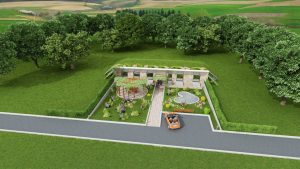 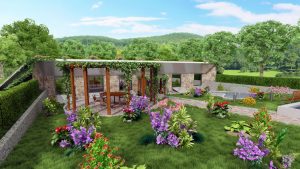 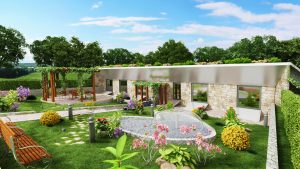 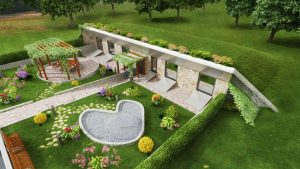 An example of a completed house

The settlement of Nemanovci, City of Novi Sad, Republic of Serbia

This family residence is the most representative and completed house, built on the concept of self-heating eco-house by academician Veljko Milković. The house is owned by Aleksandar Nikolić, a graduae engineer who designed this house with mr Milković, constructed a contract design and supervised the construction of the house. It was finished in 1994. and has been a family residence ever since. 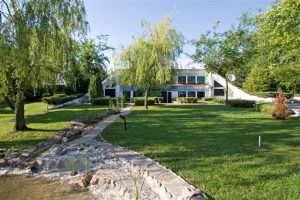 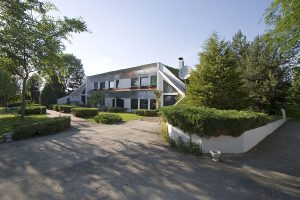 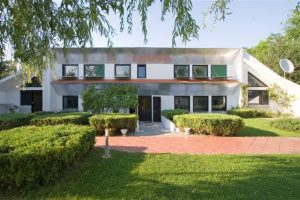 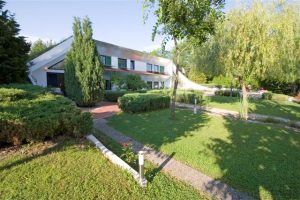 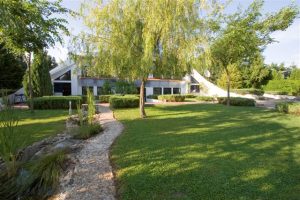 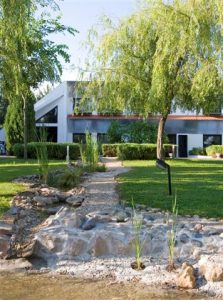 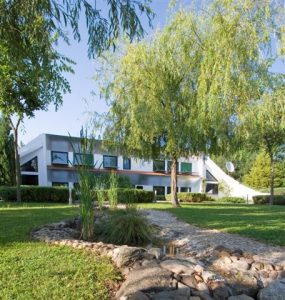 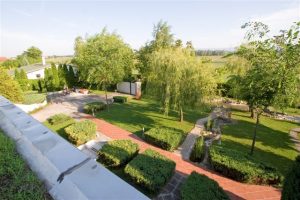 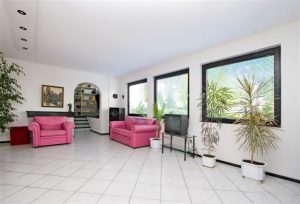 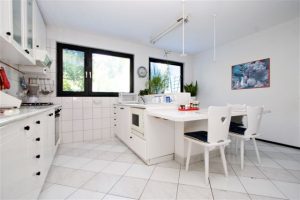 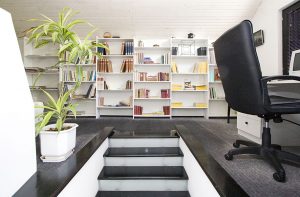 Other concepts of self-heating buildings