Academician Veljko Milković is constantly working on new applications and perfecting his most outstanding invention, the two-stage mechanical oscillator. This invention has become the subject of numerous scientific research papers published all over the world, and interest in studying its application has not waned for 20 years both in scientific circles and among enthusiasts. In this article, Milković presents the improvements of the two-stage mechanical oscillator. 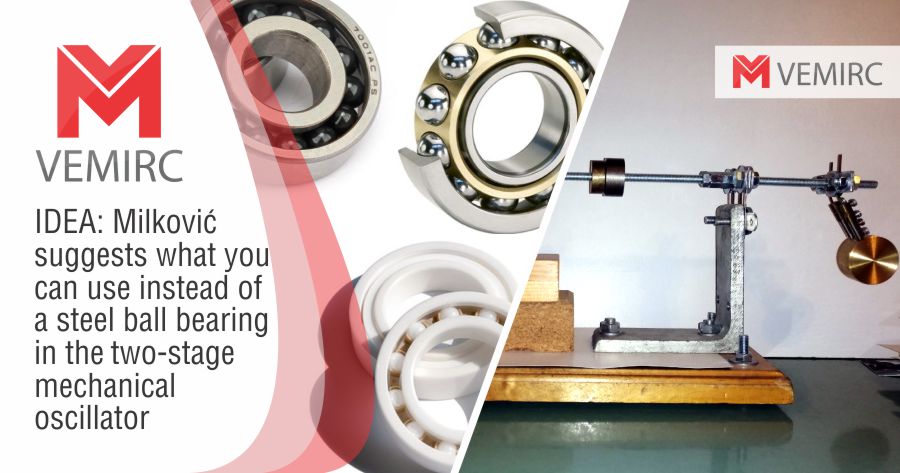 Many try to make replicas, some have succeeded, but mostly with the help of steel ball bearings. By the way, these bearings are not so bad, because they are actually the most common type of bearings used in almost all mechanical operations. They enable the adequate operation of the moving parts of the machines, that is, their basic function is to transfer the load from the moving to the stationary parts of the machines. They consist of two rings, one containing the ball, and the other carrying the load through the ball.

One of the rings is stationary, and the other is connected to a rotating assembly, for example, a shaft. In this way, one of the movable rings rotates and provides motion to the balls, while the rotational motion of the ball tends to rotate the other bearing ring. Everything is able to spin smoothly because the spherical shape of the ball only touches the inner and outer rings at very small points. However, this can also be a hindrance if the bearing is not used properly, and due to the small contact area that holds a certain load, the balls can deform and destroy the bearing under such a high load. 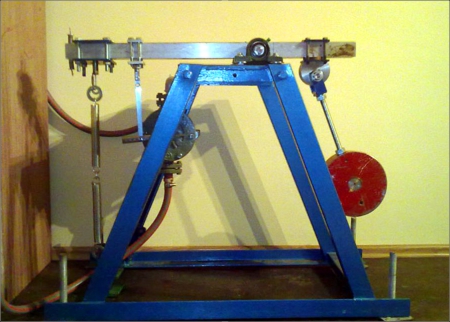 Steel ball bearings are most oftenly used by other constructors for their replicas of the two-stage mechanical oscillator invented by Veljko Milković, an academician from Novi Sad. Veljko says that based on and because of his invention, hundreds of scientific papers have been published and that thousands of oscillators like his have been made, but that until now he has not noticed that any of the scientists or enthusiasts used ceramic bearings, which according to our inventor are much better compared to steel ones.

I also searched for key words and I came to the conclusion that ceramic bearings, which in my opinion are much better than steel ones, are not mentioned in any paper so far. Namely, in ordinary bearings, both the balls and the ball guides are made of steel and therefore wear out faster. Ceramic balls are made in such a way that they are smoother than steel ones, so this kind of bearing will be somewhat faster, which will certainly contribute to the two-stage mechanical oscillator gaining acceleration during measurement. Also, ceramic balls are harder and wear more slowly than steel ones, which means that the ceramic bearing will last longer. In addition, with these bearings, both balls and guides are made of ceramics. Due to their high hardness, these bearings require very precise machining to work properly. If they are of high quality and expensive, they will be more durable and "faster" than steel bearings. However, due to their hardness and fragility, they are less able to withstand shocks, so they have a higher chance of being damaged in the event of a strong impact.

Milkovic also states that if ceramic bearings are high-quality and expensive, they will be more durable and "faster" than steel bearings, and the most important thing about oscillators is that ceramic balls are lighter than steel ones. This means reduced friction during rotations with the help of ceramic bearings

Milković notes that in 2015, a laboratory measuring proved that an elastic pendulum oscillates a hundred times longer than an asynchronous motor, and that measuring was performed by prof. Dr. Slobodan Milovančev from the Faculty of Technical Sciences, University of Novi Sad. At that time Milovančev came to the conclusion that the steel bearings caused a small problem, but he still succeeded in his measuring to prove that Milković's two-stage mechanical oscillator gets 12 times more output than the energy input, and from then until today, no one disputed these measurements and research.

All this is easy to do, but on the condition that no force is used to install the ceramic bearing. That's why I think that a ceramic bearing is an excellent substitute for a steel one, which can be bought at every corner, while there are no ceramic ones in our country, and they are more expensive than steel ones. 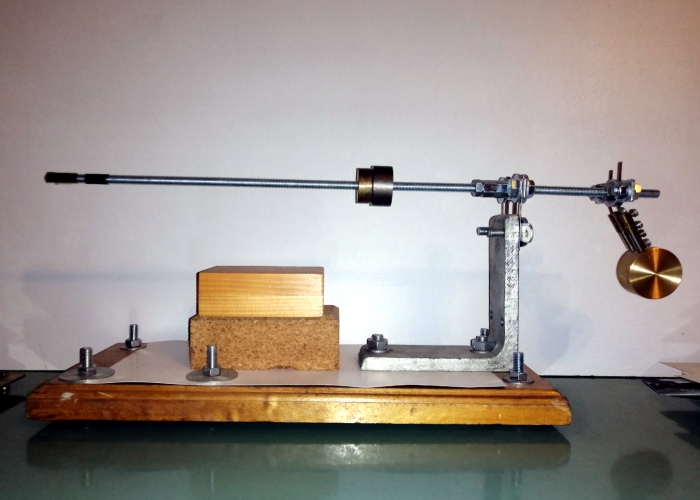 However, Milković emphasized that there is an even better solution than ceramic bearings, and that is the main difference between the originally patented two-stage mechanical oscillator and the improved version, and the secret lies in the application of an elastic pendulum instead of a pendulum with a rigid support, which we wrote about for the first time in November 2021 (New, fast, improved version of the two-stage mechanical oscillator! (VIDEO)) Namely, the new prototype did not have any unforeseen problems such as unwanted horizontal oscillations, so this improved prototype represents a good basis for making larger-sized oscillators. This oscillator works at higher speeds, the oscillations last longer, there is no loss of energy which was the case with the use of ball bearings and a rigid structure. As the primary use of this oscillator model, Milković cites energy saving in existing machines such as crushers, mills, pump drives, compressors. 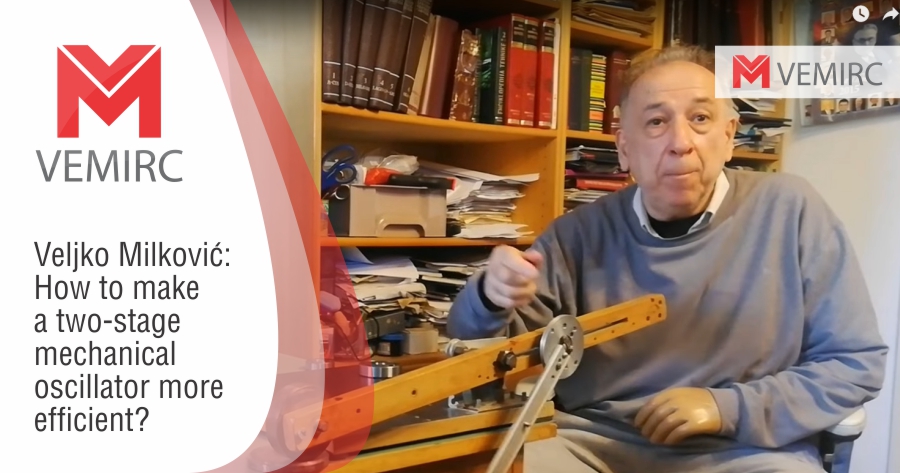 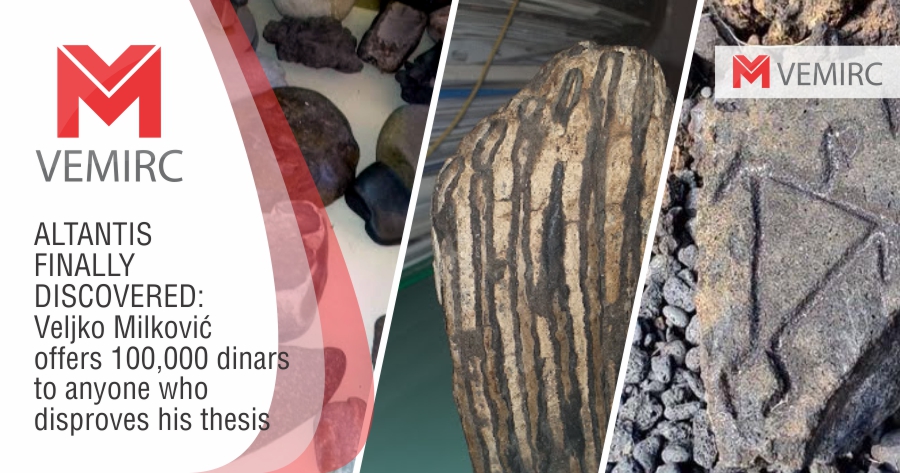 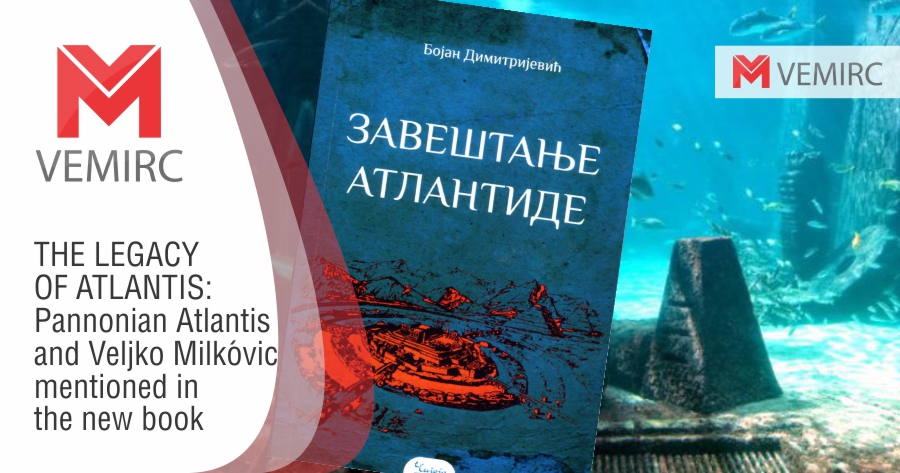